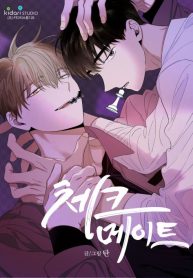 Soohyun doesn’t have a “first love,” but he definitely has a “first hate” – his high school classmate Eunsung. A smooth-mannered all-star, Eunsung snaps up first place in everything, leaving Soohyun always trailing behind in second place. Winning out over Eunsung is the one thing that motivates Soohyun, but after graduation, Soohyun contents himself with a dull, mediocre life. One day, Eunsung appears on the news, knee-deep in scandal and, for once, not perfectly at ease…lighting Soohyun’s inner fires once again. Desperate to see a fallen Eunsung with his own eyes, Soohyun jumps into the fray as a reporter, and gets Eunsung to strike an outrageous deal with him.